Bill Barr has done this before 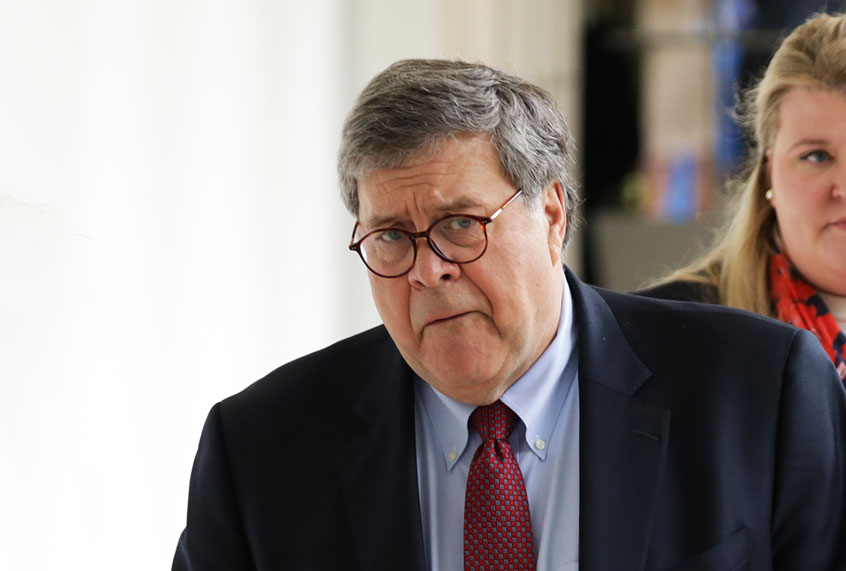 As violent crime continued to climb in Chicago and other cities across the country, Attorney General William P. Barr announced that the U.S. Department of Justice was mobilizing to help: Dozens of federal agents would be sent to work with local police to combat gangs and illegal guns.

“Our message to gangs, gang leaders and gang members is this: When we throw the federal book at you, it will be a knockout blow,” Barr said.

That was in 1992, during Barr’s first stint leading the Justice Department, under former President George H.W. Bush.

If it sounds too recent or familiar to have happened nearly three decades ago, that’s because Barr, now attorney general under President Donald Trump, made a strikingly similar announcement on July 22.

Some of the details were different, of course. In 1992, Barr said the FBI was shifting about 300 agents from monitoring spies from the recently collapsed Soviet Union to taking on gangs and violent crime in American cities. Eighteen of the agents would be redeployed to Chicago.

This month, Barr stood next to Trump as he announced a Chicago “surge” of more than 100 agents from the FBI, Drug Enforcement Administration, Bureau of Alcohol, Tobacco, Firearms and Explosives, and other agencies, along with staffing increases in other cities where gun casualties were making headlines.

Residents of Chicago could be forgiven for concluding that they’ve heard this before, since, of course, they essentially have. Barr even acknowledged that federal law enforcement agencies have carried out such operations “for decades.” Every presidential administration in the last 30 years has announced it was sending more federal agents to Chicago to try to stem violent crime.

But this time the circumstances are different — the politics are shifting. After 3 ½ years of Trump’s inflammatory comments and tweets, some thinly coded and others overtly racist, his administration’s announcement is widely seen in Chicago as a political move to use the troubles of a majority-nonwhite city to fire up his supporters.

And it’s happening as a growing number of people are demanding that their governments send something into their communities other than more guys with guns.

Chicago has a long, ugly history of violence. As in other cities, violent crime surged in Chicago in the 1960s and ’70s, dropped and leveled off, then spiked again during the 1990s. But since then, as murder and shooting totals plummeted in New York, Los Angeles and elsewhere, Chicago’s numbers didn’t fall as far or as fast, and they’ve climbed again during several devastating stretches in the last 10 years.

The reasons have long been debated and are probably more complex than most would acknowledge. But politicians, law enforcement leaders and many residents have repeatedly blamed Chicago’s gang culture and open-air drug markets, then called for policing strategies to attack them.

The fact that most of the hardest-hit neighborhoods have also been shelled out by segregation, business closures and job losses — including thousands of layoffs from government agencies and shuttered schools — is well known. Yet the need for immediate responses to the bloodshed, rather than those that tackle the deeper problems, always seems to consume political and financial capital in Chicago.

In 1992, the city banned loitering by people deemed to be gang members until the measure was ruled unconstitutional. Former Mayor Richard M. Daley led an effort to sue gun manufacturers for creating a public nuisance in Chicago and other cities; the case was tossed out of court. Speed bumps and cul-de-sacs were built on dozens of side streets to thwart drive-by shootings, though as police and paramedics discovered, such obstacles also made it harder for them to respond to emergencies.

Far more common have been announcements that more police will be deployed in high-crime areas, often under the banner of a new task force, program or initiative. That’s where the feds often come in — literally.

Soon after Trump took office in 2017, he called Chicago a “war zone” and blamed local leaders for being “politically correct.” He also threatened, via Twitter, “I will send in the Feds!”

Rahm Emanuel, then Chicago’s mayor and a frequent Trump sparring partner, rejected the idea of troops in the city. “I’m against it, straight up,” he told reporters. But Emanuel added that he welcomed additional resources to fight gun crimes. Within two weeks, CNN reported that 20 more ATF agents were being sent to Chicago.

Since Lori Lightfoot was elected mayor last year, she has repeatedly blasted Trump for racism and disrespect for civil rights — even as she’s been attacked in Chicago for not yet delivering on promises to reform the Police Department and drive up investment in underserved neighborhoods.

On July 20, after another weekend of appalling violence in Chicago — dozens of people were reportedly wounded in shootings and at least 12 people killed — Trump suggested at a press conference that he was again ready to send in federal agents. Lightfoot responded with a letter that criticized his administration’s “incendiary rhetoric” as well as the tactics of Department of Homeland Security agents who had seized people off the street in Portland, Oregon.

Yet Lightfoot also said the city could use other kinds of federal help, including “more federal prosecution or investigatory resources” to pursue violent crime and gun cases. She added that the government could help Chicago invest in underserved neighborhoods. “The violence our city is confronting is symptomatic of a larger public health and economic crisis.”

Trump and Barr announced the latest “surge” of federal agents to Chicago that week, describing it as part of a national crime-reduction initiative called Operation Legend. The FBI, ATF, DEA, U.S. Marshals Service and Homeland Security would together send dozens of investigators and agents to the city, with the U.S. attorney in Chicago, John Lausch Jr., overseeing the operation.

Underneath the politics and symbolism, the announcement signaled that federal and local officials were returning to their old strategy: send in more cops.

Shifting federal agents to cities under fire is “commonly done, and as a matter of fact, when I was the special agent-in-charge there, I asked for it,” said Jack Riley, who formerly served as the top agent in the DEA’s Chicago office. “It’s been called 20 different things in the past. [Operation Legend] is just the newest version of it.”

This federal surge may involve more agents than previous efforts, and Riley believes it could help tamp down violence in Chicago if it is carefully coordinated and sustained. Operations on the street should be carried out by agents who know the city, with those from out of town used in support roles. And as agents are conducting investigations and making arrests, the U.S. attorney’s office needs enough staff to prosecute the increased caseload, said Riley, who went on to serve as the No. 2 official in the DEA, overseeing global operations, before retiring.

“Are there going to be additional prosecutors?” he said. “That’s been an issue before.”

The U.S. attorney’s office in Chicago received a staffing boost in 2018, but no additional prosecutors are included in the latest operation. A spokesman for the office declined to comment.

Plus, the agent surge is only likely to last until fall, when the city’s usual spike in violence typically recedes along with the warm weather. So, like previous efforts, the surge is temporary.

Over the last three years, the U.S. attorney’s office here has prosecuted more than 500 defendants on weapons charges, records show. Some of the defendants are traffickers or leaders of other criminal enterprises. But many tend to be lower-level players caught with illegal guns that have traded hands multiple times. Law enforcement officials argue that prosecutions for illegal possession help deter others. Still, the approach hasn’t shut down the gun marketplace, as firearms continue to flow into the city from suburbs and neighboring states.

So far Operation Legend appears to be following the playbook of those earlier initiatives. The first three arrests made as part of the Chicago surge were all for illegal gun possession, according to court filings.

On July 23, the day after the latest federal deployments were announced, Black Lives Matter Chicago and 10 other organizations sued Barr and other administration officials. The groups, seeing no reason to trust the Trump administration, asked for a federal court order to protect their right to protest in the event of any Portland-style tactics. In addition, they made what amounted to a defund-the-federal-police argument, claiming federal resources would be better spent on investing in their communities than flooding them with more law enforcement officers.

“We should take their money and use it to help people facing eviction, use those resources for people who need access to food,” Amika Tendaji, an organizer with Black Lives Matter, said in an interview. “The police haven’t been able to do anything [about the violence]. We need to actually address the root causes.”

More and more leaders are signing on to this approach. Over the last week, advocacy groups, churches and more than 30 state and local elected officials added their names to a letter urging Lightfoot and Cook County Sheriff Tom Dart not to cooperate with the federal operation.

“Donald Trump has repeatedly demonstrated both his callous disregard for Black, indigenous, and immigrant lives, and his increasing inclination towards fascism and authoritarianism,” the letter said. “We grieve deeply the lives lost to gun violence in Chicago. … At the same time, we are clear that we cannot police ourselves out of this terrible situation.”

Chicago is now on a pace to record one of its highest annual murder totals in two decades. It’s hard to argue that the old strategies have worked.

ProPublica Illinois is a nonprofit newsroom that investigates abuses of power. Sign up to get weekly updates about our work.