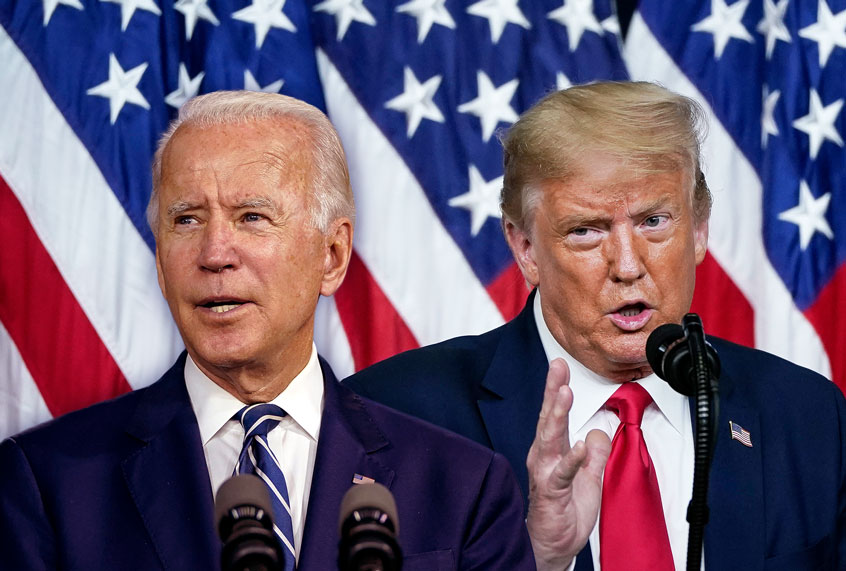 Former Vice President Joe Biden this past April predicted that President Donald Trump would try to delay the 2020 election in order to avoid a humiliating loss — and now the president has proven Biden’s prediction to be very prescient.

Trump on Thursday floated delaying the 2020 election until the end of the novel coronavirus pandemic so that Americans could “properly, securely and safely vote.”

This came months after Biden told a fundraiser that he believed the president would try to come up with some excuse to postpone the election until a time when the political climate was more favorable.

“Mark my words I think he is gonna try to kick back the election somehow, come up with some rationale why it can’t be held,” Biden said.

At the time, many conservatives attacked Biden for being alarmist and suggested that was trying to dishonestly instill unfounded fears among voters about the president’s authoritarian ambitions.

“Former vice president Joe Biden’s unfounded accusation Thursday that President Trump wants to delay November’s election was not only clearly over the line but also unmasks how low the supposedly moderate Biden will go to win,” wrote Henry Olsen in the Washington Post.

“Some within Democratic Party circles hold fervently to the idea President Trump will arbitrarily decide to postpone the election,” scolded columnist Byron Williams of the Winston-Salem Journal. “This belief fits neatly into a narrative ascribed to the president. As they see it, his penchant for authoritarianism makes him America’s Hitler incarnate.”

“Joe Biden is off his rocker to make such an irresponsible allegation without any evidence,” wrote GOP Rapid Response Director Steve Guest.

And Trump-defending attorney Jonathan Turley chided Biden for fanning a “conspiracy theory” about Trump delaying the election in a column for The Hill.

“The ultimate conspiracy theory was declared by the presumptive Democratic nominee, Joe Biden, who warned that he was certain Trump plans to delay the election this fall,” Turley wrote. “It is a conspiracy theory utterly without factual or constitutional support, yet his warning was deemed a ‘prediction’ by Politico in a recent article.”