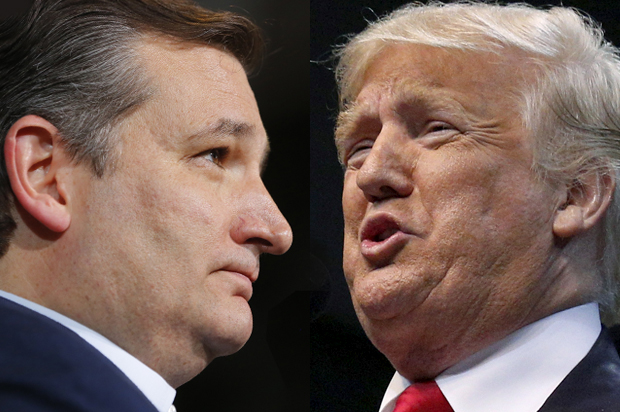 WASHINGTON — In a rare moment in the Trump era, several Texas Republicans pushed back against President Donald Trump on Thursday when he floated in a tweet the idea of delaying the presidential election in November. The president does not have the legal authority to move Election Day; that power resides with Congress.

Trump’s tweet came just 16 minutes after the U.S. Commerce Department released data showing the nation’s gross domestic product had fallen 33% in the second quarter of 2020. In it, he said, “With Universal Mail-In Voting (not Absentee Voting, which is good), 2020 will be the most INACCURATE & FRAUDULENT Election in history. It will be a great embarrassment to the USA. Delay the Election until people can properly, securely and safely vote???!”

Like voter fraud overall, examples of fraudulent voting using mail-in ballots remain rare. And there’s no difference between mail-in voting and absentee voting, despite the framing in the tweet.

Democrats have long worried that Trump would move in that direction. Former Vice President Joe Biden, Trump’s Democratic rival, predicted as much in April. “Mark my words, I think he is gonna try to kick back the election somehow, come up with some rationale why it can’t be held,” he said at the time. “That’s the only way he thinks he can possibly win.”

Republicans, however, were privately stunned. Publicly, a cascade of Texas GOP officeholders pushed back against the president’s suggestion.

Most notably, the state’s junior senator — who devoted much of his childhood years studying the Constitution — responded immediately. CNN quoted U.S. Sen. Ted Cruz as saying that, while election fraud is a “serious problem” that needs to be fought, “the election should not be delayed.”

“I think it’s a joke, I guess, I don’t know how else to interpret it,” he told reporters. “Obviously he doesn’t have the power to do that.

“So, I mean, so, all you guys in the press, your heads will explode and you’ll write about it. I don’t know what his motivation is. He can’t do it,” he said.

There are few documented cases of absentee voting fraud in Texas in recent years, representing a minuscule sample in a state where millions of legitimate votes are cast in every general election. The Texas Legislature has taken action to reduce the likelihood of fraud even further. In 2017, state lawmakers passed a measure to widen the definition of mail-in ballot fraud, boost penalties for certain offenses and strengthen rules for signature verification on those ballots. The legislation, which Gov. Greg Abbott signed into law, also requires local election officials to notify voters when their ballots are rejected and limits who can assist voters using the vote-by-mail option.

Abbott asserted the integrity of the Texas election system in a statement. “Texas has adopted procedures and guidelines to ensure safe and fair elections, including extending the early in-person voting period, and the elections in Texas will occur on November 3rd,” he said.

In the House, U.S. Rep. Lloyd Doggett, D-Austin, pressed his Republican colleagues to clarify where they stood on the issue.

“An urgent question for every Republican officeholder and candidate: Do you support President Trump’s unconstitutional effort to postpone the November election for the first time in American history in order to continue his march to tyranny?” Doggett tweeted early Thursday.

“No, it’s not even a question. No delays. We should demand safe and secure elections. If you requested an absentee ballot, you should use it. And states should not use universal mail-in, which is indeed vulnerable to mistakes and abuse,” U.S. Rep. Dan Crenshaw, R-Houston, tweeted in response to Trump.

“No sir. @realDonaldTrump this is not even up for discussion,” tweeted state Rep. Matt Schaefer, R-Tyler.

“We must do all we can to ensure election integrity. Absolutely. But, no way we should entertain delaying the election. Should not even be up for discussion,” tweeted state Rep. Matt Krause, R-Fort Worth.

Privately, Texas Republicans expressed more pointed astonishment and worry that the president’s comments reinforced Democratic charges that Trump is trying to unduly influence the election. One exasperated Texas GOP delegation staffer compared the moment to World War II and noted that even then, the country was able to conduct elections.

Setting the date for Election Day is not within the presidential powers. The Constitution empowers Congress to set the election date. That tradition stretches back to 1845, when Congress first established that Election Day would be the first Tuesday after the first Monday of November in every fourth year.

Elections are overseen by state officials but mostly run by local election officers who are responsible for managing polling places and counting votes. Their responsibilities include fielding applications from absentee voters and processing those ballots.

Democrats and civil rights organizations openly fear that statements like the one Trump made Thursday will undermine the legitimacy of the November election, when an increased number of voters are expected to vote by mail during the pandemic.

“Suggesting the possibility of moving the General Election is an extraordinary statement from a sitting President and is sure to create confusion amongst voters about presidential powers in relation to the election,” Trevor Potter, president of Campaign Legal Center, said in a statement. “The country has voted in general elections in the middle of a Civil War, two World Wars and the Spanish flu epidemic of 1918, not to mention the Great Depression.”

While universal mail-in voting has been in use in other states for many years, absentee voting is typically lightly used in Texas. People who are registered to vote in Texas must meet strict eligibility criteria to apply for a ballot they can fill out at home and mail in. The option is generally reserved for voters who are 65 and older, those who cite a disability or an illness, and those who will be out of the county they’re registered in during the election period.

As voters grapple with the risks that could come from casting their ballots in person, the pandemic has ushered in a growing debate over whether to expand the parameters of who qualifies to vote absentee. In other states that also require voters to present an “excuse” to obtain a mail-in ballot, Democratic and Republican officials have either moved to expand absentee voting due to the pandemic or allowed voters to use the coronavirus as a reason to vote by mail during the upcoming elections. Texas’ Republican leaders, by contrast, have refused to budge on the issue and have successfully fought off efforts by state Democrats and civil rights groups to force an expansion through the courts.

Patrick Svitek contributed to this report.

The Texas Tribune is a nonprofit, nonpartisan media organization that informs Texans — and engages with them — about public policy, politics, government and statewide issues.