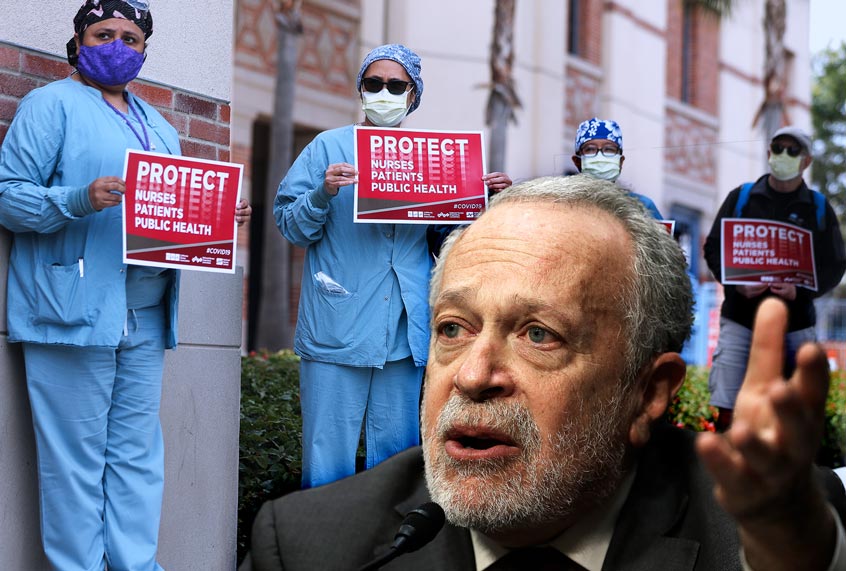 COVID-19 has left the economy in tatters, put millions of people on the brink of financial devastation, and taken the lives of over 145,000 Americans. Congress has just days left to pass legislation that will keep struggling Americans afloat and stave off economic catastrophe.

Here are five key demands for the new bill.

1. Contain COVID-19. Its catastrophic rates of sickness and death, as well as tragic economic consequences, require the boldest remedies this country is capable of mustering. There will be no economic recovery until the virus is contained.

Other nations – among them, Germany, South Korea, and Italy – have contained the pandemic with comprehensive testing, contact tracing, and isolation. The House of Representatives wants to provide $75 billion for these measures in addition to free access to coronavirus treatment and support for hospitals and other providers. This is the absolute minimum of what’s needed.

2. Extend unemployment benefits to help people survive the worst economic crisis since the Great Depression. Previous coronavirus relief legislation added $600 to weekly unemployment and extended coverage to gig workers and others not normally eligible. But those payments are about to end for roughly 25 million people. If they do, we can expect more human suffering, and more joblessness because the extra purchasing power has helped sustain the economy. The payments should be continued at least through the end of the year, as the House bill provides.

Even with the extra benefits, working people will have a strong economic incentive to return to work once COVID is contained and these benefits expire. Not to mention it’s good for the economy when people have extra money to spend to sustain remaining economic activity. Finally, it is beneficial to the public’s health that as many people as possible avoid workplaces that pose any risk of infection. Keeping people home to contain the virus is the only way we get the economy back on track.

3. Prevent a potential wave of evictions and foreclosures. 32 percent of households missed their July rent or mortgage payments. The bill must extend the federal eviction moratorium, and provide assistance for renters and homeowners to pay rent, mortgages, utilities, and other related costs. Substantial additional resources for housing assistance is a no-brainer.

4. Shore up state and local budgets. State and local governments are facing huge budget shortfalls over the next three years. Without federal aid, vital public services will be on the chopping block – schools, childcare, supplemental nutrition, mental health services, low-income housing, healthcare – at a time when the public needs them more than ever.

For public schools, the issue isn’t so much whether to reopen but how to do so in a way that doesn’t risk the health of students, teachers, and other school personnel. This will require substantial additional resources. If we could afford to give corporations a $500 billion blank check in the last round of relief legislation, we can surely afford to help struggling state and local governments. The House Bill provides nearly $1 trillion to state and local governments, which is minimally adequate.

5. Don’t compromise what’s needed in the bill out of concern about the national debt. The real issue is the ratio of debt to the size of the economy. The government must spend large sums now to help the economy recover faster – thereby reducing the ratio of debt to the overall economy over the long term. Besides, as we learned during the Great Depression and World War II, large spending to reduce human suffering and promote economic wellbeing is well worth the cost. It’s what almost every other nation is doing.

None of this should be controversial. This bill is perhaps our only chance to get COVID-19 under control, Americans fed, and the economy back up and running.

Call your senators at (202) 224-3121 and demand they fight to protect the American people. The window to act is closing, so raise your voice now.